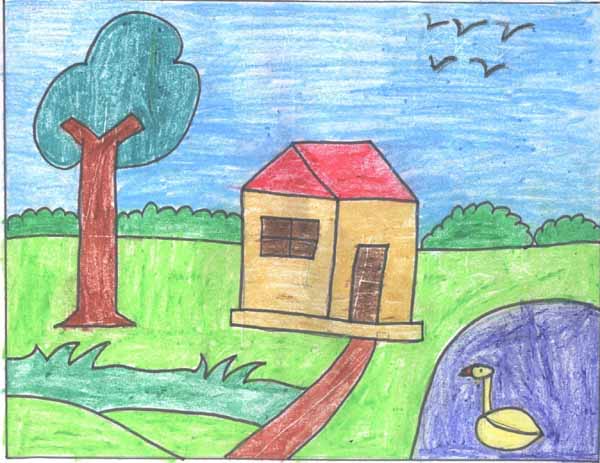 Have you ever noticed that very often a hurdle seems impossible only until you actually try it? It’s true. There is nothing that we cannot do. All we need to do is actually try it. No mountain is too tall and no river too wide to cross.

Learn to conquer your fears and enjoy reaping the success of your dreams. Let us remember some heroes in various fields who made it big despite all odds!

PELE: - the football hero grew up in a poor part in Brazil, and was coached by his father who was also a soccer player. His mother did not want him to pursue football as she thought it would get him nowhere. However his skill and determination saw him enthralling millions across the world.

ABRAHAM LINCOLIN: - the man who led America to the future was born to a farmer. A rough childhood included having to split logs and clearing his father’s farm. Then he enlisted in the Black Hawk War as a volunteer and led his soldiers in their fight to move the Indians westward. He even worked on a boat, ran a store before he went on to study law and then of course becoming the president of the powerful United States of America.

CHARLIE CHAPLIN: - the comedian needs no introduction. His father was an alcoholic and died when he was only 12 years old and his mother suffered a mental breakdown. Charlie Chaplin moved from an unstable home to become one of the most well loved comedians over many generations. There were times when he had to sleep on the streets of London and even look for food in the garbage dumps. However his style and comic timing took him places.

There are so many more stories to tell of trials and success. Why don’t we all take a leaf out of their book and learn to break away from our troubles and look forward to a better life? Try --- You are certain to succeed.

It was a bright and sunny morning when we stood at the gate of our new house. Father unlocked the door and we entered. After unpacking everything, I went out to explore the place. We had only one neighbour, an old widow. The field near our house belonged to her. It was covered with long grass and weeds and also with unkempt trees. I wondered why the owner did not take care of them.

Mother had asked me to visit our neighbour and so I walked across the field towards the cottage. The cottage was old and its walls were covered with all kinds of climbers and the cottage was surrounded with grass growing to the height of the house.

I knocked at the door and a pleasant but old woman opened the door. She glanced at me and asked whether I was her new neighbour. Then she asked me in.

I sat on a chair near the table, while she sat on her bed. After an hour’s talk I departed. While I was walking across the field, I saw the sun set behind the rippling waters of the lake nearby. It was a wonderful scene. After eating dinner I want to sleep early that night.

Next morning, I woke up and saw the sun high up in the sky. After breakfast I went to the woman’s cottage.

I was asked in and we began exchanging stories of our life. She told me that she had been living in the house for twenty years with her husband, who was a farmer. They were happy until the day her husband had an accident and passed away. She had been alone since then. Tears ran down her cheeks, I tried to comfort her. She took sometime to become steady again and we spent the day roaming in her fields and listening to her stories

After that we met everyday and many delightful months passed by. Then, oneday father came home with a sad news that we would have to move to Delhi, as father was getting transferred.

That night was a sad one. We packed everything and I went to bid goodbye to the woman. We were both sad.

Next day, I went to her cottage one last time to bid her goodbye. I noticed that the door was not closed. I entered but could not see her. I turned the whole place upside down searching for her, but could not find her. Sadly I went away.

Almost three hours had passed since we boarded the train. I told my father how sad I was to leave the woman behind and go to Delhi. Father, surprisingly said that no one lived in the cottage since the old woman’s death some five or six years ago. I was left speechless. Then who was it with whom I had spent so many delightful months? My question remained unanswered.